As you read these few verses, you are introduced to Gideon, whose name means “cutter of trees.” He is the son of Joash the Abiezrite (6:11). In verse 14, he is visited by an Angel of God who tells him, “…thou shalt save Israel from the hand of the Midianites.”

Gideon just could not believe this. The Midianites were descendants of Abraham by his second wife Keturah (Genesis 25:1-2). They became enemies of the Israelites. The Lord himself sent the Midianites to oppress the Israelites because of their sin (Judges 6:1-10).

Gideon did not doubt that it was the Lord (Angel of the Lord) speaking to him, but what Gideon doubted was his own ability to stand as a leader within Israel against the Midianites.

Gideon once again finds himself in a conversation with the Lord but this time, Gideon is the one who initiates the conversation. Gideon remembers that the Lord told him that he would save the nation of Israel by the leadership of Gideon, but Gideon needed proof that he would be the one.

Gideon asked the Lord to show him a sign, not just any sign, but something specific. In verse 37, we see Gideon’s request. “Behold, I will put a fleece of wool in the floor; and if the dew be on the fleece only, and it be dry upon all the earth beside, then shall I know that thou wilt save Israel by mine hand, as thou hast said.” What Gideon was asking for was a supernatural sign from the Lord.

We know that when dew is present, everything that is not covered is damp with dew. If a surface is covered by anything, it does not get damp. An example of this would be if you go outside to your car in the morning and back out of the driveway, you will notice that the ground surface that was covered by the car is not damp, but the rest of the ground that was not protected by the car is damp. This example is within the natural law of how things occur (which was made by the Lord by the way).

The supernatural aspect of Gideon’s request was in the fact that the fleece that Gideon placed on the ground was not covered!

The next morning, Gideon came out to see that the fleece was wet with dew (not just damp) and the ground was dry, perhaps even bone dry!


You would think that this would have been enough sign for Gideon to prepare to go into battle, but Gideon still was not sure about what the Lord had told him. Gideon made another request of the Lord, but note that he was careful of how he made his request. Verse 39 says, “And Gideon said unto God, Let not thine anger be hot against me, and I will speak but this once: let me prove, I pray thee, but this once with the fleece; let it now be dry only upon the fleece, and upon all the ground let there be dew.”

If you were to use your imagination or your human thought processes, you could think that God would have been a bit upset by Gideon making yet another request for a supernatural sign, but God is patient. (Exodus 34:6; longsuffering=patience). The Lord answered the request. Once Gideon saw this request was answered, he was ready to do battle. Judges 7:1a says, “Then Jerubbaal, who is Gideon, and all the people that were with him, rose up early…”

How does this story apply to us? Good question! When God calls us to a specific task, we need to step up and answer the call. It does not matter if the call that the Lord gives us concerns our homes, our communities, our place of employment or our church. When the Lord calls, answer!

Too many times, we get stuck in the mind frame of different excuses of why we do not answer the call of the Lord. Here some examples of things that we think or say: “I can’t do that” “I do not have the skills to do that” “So and so is better equipped to handle that task” or the classic (I was so guilty in this) “I know that you are not talking to me, Lord, you must be talking to someone else!”

Listen. God knows what you can and can not do, He knew us from the foundations of the world (Ephesians 1:4). Since He chose us, He knows us, right? Right.

Let me leave you with this; when you answer the call that the Lord puts on your life, not only are you being obedient to His leading, but you are helping others as well. When Gideon answered the call, the nation of Israel was saved. (Read Judges 7 for the complete story).

Permalink Reply by Deloresa/Manager on March 11, 2009 at 7:56pm
Thank You Sis, For Your Word, *If Noone Go Lord Jesus Seen Me I'll Go* Yes We Have To Be Obedient
To God* Love One Another As God So Loves Us*
Yes I Been Called And Chosen And Purchase By God And Very Obedient Hallelujah
Many Are Called And Few Are Chosen By God Know Your True Calling*

Permalink Reply by Brenda Eldridge on March 11, 2009 at 9:11pm
Deloresa and Babydoll-

Both of your responses took me back to a Sunday School lesson that I taught just a few weeks ago from Isaiah 6:1-8. In verse 8, when the Lord asks who will go and speak to the children of Israel about their transgressions, Isaiah replied, "Here am I; send me."

Permalink Reply by Prophetess Dr.Teloria Williams on December 3, 2021 at 4:53pm

Praise Him! Just want to encourage you Woman of God. Forge on in Jesus Mighty and Matchless Name. May the Lord continue to extend His Grace and Mercy over you. May He encamp angels around you to guide and provide. 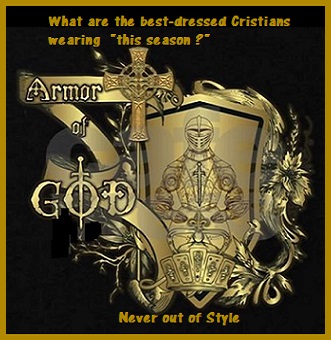