Reject a divisive man after the first and second admonition, knowing that such a person is warped and sinning, being self-condemned. (Titus 3:10-11)

In this section of Titus 3, Paul told Titus to remember several things. Here he told him to remember to reject a divisive man. 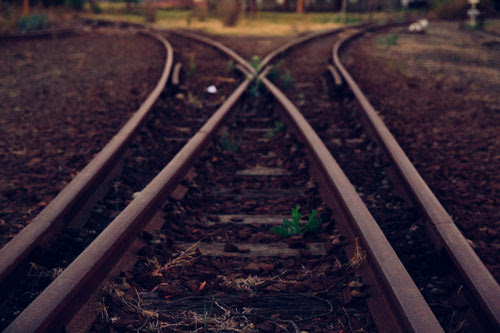 Divisive people are not a new problem for the church. Titus 3:10-11 tells us that they have been a challenge for pastors and church leaders from the earliest days of Christianity. Simply said, the divisive man divides people in God’s family without good cause. I have never met a divisive person who didn’t think they had good cause, but clearly not all of them do.

Connecting Titus 3:10-11 with the previous verse, we can see that these divisive people were focused on “foolish disputes” and things that were “unprofitable and useless.” It seems they divided over things that didn’t matter much.

Recently I heard a respected pastor say that one of the biggest problems in the church today is pettiness. People get offended and divide over small, sometimes trivial things. They lose their sense of proportion and end up going their own way and drawing others with them over minor issues. I think there was a lot of truth in that pastor’s observation.

What to Do With the Divisive

Notice what Paul said to do with the divisive person. First, reason with him or her, and do it a first and second time. Our first reaction to such people should not be anger or frustration, or to tell them to “shut up.” We should approach them with love, bringing godly admonition in wisdom. We should be willing to do this more than once.

If they persist in their divisive ways, they add rebellion, rejection of authority, and unwillingness to learn to their sin of divisiveness. It’s only then that we should reject them. This means that we should put them outside the care and comfort of the community of God’s people. We should do this as gently as possible and with only the necessary measure of firmness, not more.

Notice that we are not to do them any harm in body, soul, character, or property. The times when the church dealt with divisive people by persecuting them in those ways were dark days that, God helping, will never be repeated.

It’s good to know how to deal with such divisive people. But consider this: are you the divisive one?Do you argue and dispute and divide over things that are small in the big picture? It’s hard to see this sin in our self; pray that God searches our heart and mind and that we listen to what He tells us.

The post Remember to Reject appeared first on Enduring Word.

You need to be a member of Guardians Prayer Warriors to add comments!

Hello my friend all Guardians Tag's are FREE to use On your page or add Comment to your friends Page Guardians Ministry is a new ministry that the lord has laid upon my heart to use so that we can reach out to all people.Come and check out Guardians Ministry Click the picture.

Please send your love Gift to the Address